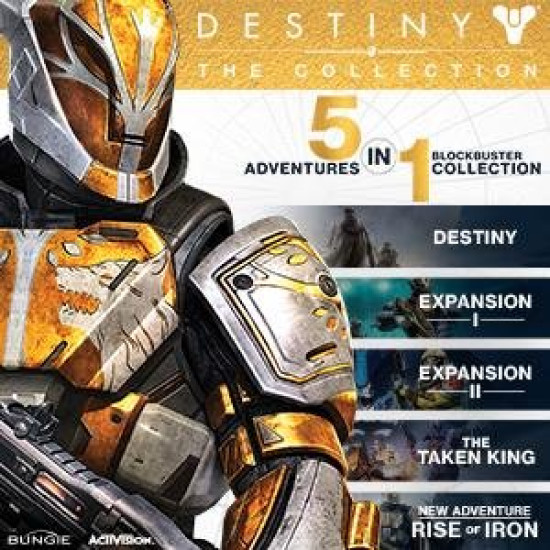 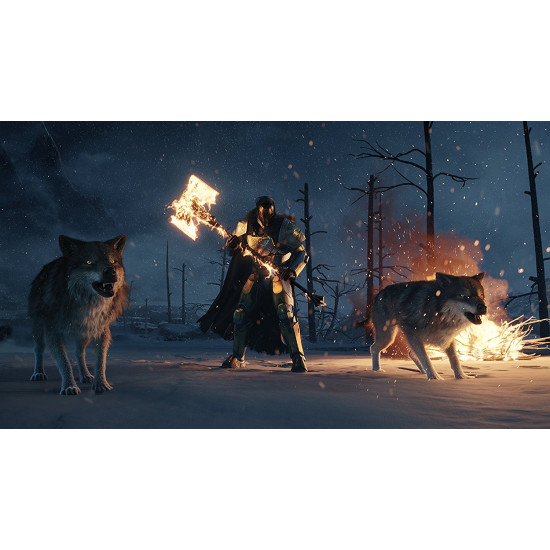 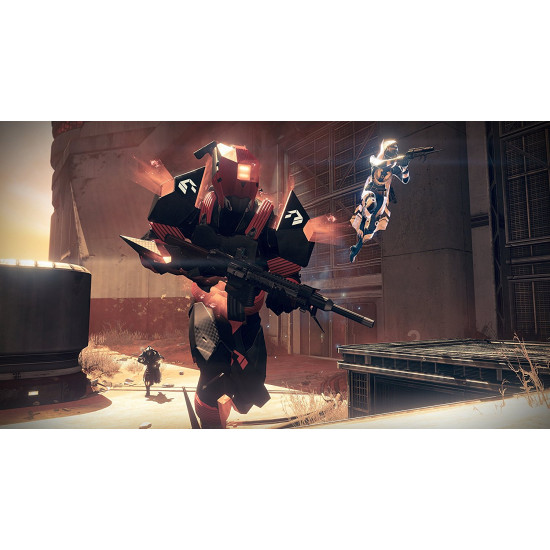 Destiny – The Collection contains every release from the award-winning first person action -shooter franchise to date.

It’s a great way for Guardians to embark on journeys they may have missed, as well as a perfect starting point for new     players who want to join the Destiny community. It includes: Destiny, Expansion I: The Dark Below, Expansion II: House of     Wolves, The Taken King, and the newest adventure, Rise of Iron. It also includes a character boost to send you     immediately into the battle.

Destiny brings you into a bold world of action and adventure where you are a Guardian of the last safe city on Earth     wielding incredible powers. Explore the ancient ruins of our solar system as you immerse yourself in a cinematic     campaign. Join up with friends in three or six player co-op activities. Spar with your fellow players in a variety of     competitive multiplayer modes. Upgrade your character to create a powerful hero as unique as yourself. Become Legend.

THE WORLD OF DESTINY

We are Guardians. Protectors of the last safe city on Earth, we live under the protection of the Traveler. We navigate our solar system – seeking to take back our planets and reclaim what we have lost, defeating our enemies and defying gods. We ride into the unknown to destroy the Darkness at its heart.

We’re the line between survival and extinction. The last line of defence, humanities last hope. Join Over 30 million Guardians and Become Legend.

Embark on an epic action adventure with rich cinematic storytelling as you take on over 45 missions spread across five episodes of the ongoing Destiny saga. Ride into the unknown to destroy the Darkness at its heart – Solve the mysteries of the Vault of Glass, defeat Crota an alien prince, hunt down the house of wolves and face the wrath of a god along with much, much more. Revisit the worlds you have discovered in search of further adventures through quests and bounties as you explore the open sandbox of each destination on Patrol

Join up with your friends or use in-game matchmaking to form a fire team and take on a range of Co Operative experiences. Infiltrate over 15 different enemy strongholds in a skirmish style missions, known as a Strikes, cutting through waves of enemy ranks, to ultimately face their fierce leaders. Or enter The Prison of Elders, and tackle any of the 5-combat arena that will challenge players in aggressive combat scenarios meant to test their teamwork and skill. Or take the on the ultimate challenge in one of the 4 Raid scenarios, where six players bring their best gear to battle against an onslaught of challenges that test both mettle and mind for the most exclusive rewards.

Enter the Crucible to hone your competitive multiplayer skills against other players in arenas that span the solar system. Over 25 maps are available across 10 different game modes in 3v3 or 6v6 matches, like Control, Clash, Skirmish and Mayhem, along with many others.

For the ultimate challenge enter the weekly tournament, the Trials of Osiris, 3v3 Elimination style combat. The more wins you gain, the greater their rewards you earn. Or create your own Private Matches and decide the playstyle and rules for yourself