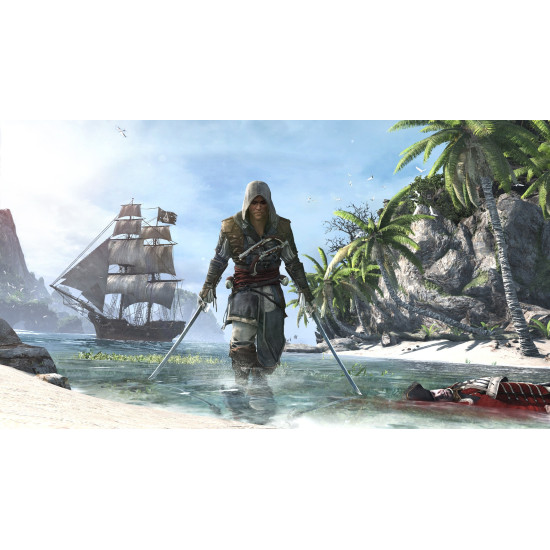 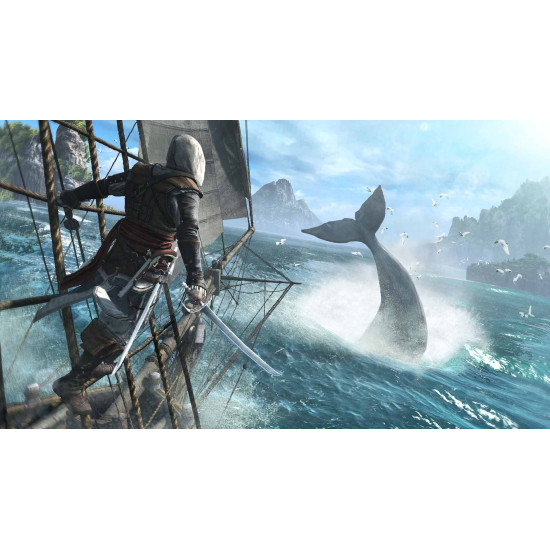 Free Delivery all over Egypt when pay with Credit card or Bank Transfer.

It is scheduled for an October 29, 2013 release in North America, an October 31, 2013 release for Australia, a European release on November 1, 2013 and a Japanese release on November 28, 2013. It will be available for PlayStation 3, Wii U, and the Xbox 360. PlayStation 4 and Xbox One versions are also in development, and the game has been announced as a launch title for both consoles. A Microsoft Windows version was announced for release on October 29, 2013 but has since been delayed "a few weeks".

The game will feature three main cities; Havana, Kingston, and Nassau, which reside under Spanish, British and pirate influence, respectively. The game will also feature 50 other 'unique' locations to explore, with a 60/40 balance between land and naval exploration.Assassin's Creed IV will have a more open world feel, with missions similar to those found in Assassin's Creed, as well as fewer restrictions for the player. The world opens up sooner in the game, as opposed to Assassin's Creed III, which had very scripted missions and did not give players freedom to explore until the game was well into its eighth act.The player will encounter jungles, forts, ruins and small villages and the world is being built to allow players much more freedom, such as allowing players to engage, board, and capture passing ships and swimming to nearby beaches in a seamless fashion. In addition, the hunting system has been retained from Assassin's Creed III, allowing the player to hunt on land, and harpoon in the water.

The main character of the game will be Edward Kenway (Matt Ryan), a British privateer-turned-pirate and eventual member of the Assassin Order; father of Haytham Kenway, and grandfather of Ratonhnhaké:ton, the two playable characters of Assassin's Creed III. Real-life individuals that will be encountered include the pirates Edward "Blackbeard" Thatch (Mark Bonnar), Benjamin Hornigold,Anne Bonny,Jack Rackham and Charles Vane(Ralph Ineson).

As is the case in previous games in the Assassin's Creed series, the story is divided into two intertwined halves, with one in the present day, one in a historical setting, and the events of each influencing the other. Although the present-day story had previously established that an Animus was required to view one's ancestors memories, the ending of Assassin's Creed III implies that Desmond's genetic memories have now been uploaded on to 'the cloud'. As such, the player's character is hired by Abstergo Entertainment to investigate a pivotal movement in Desmond's ancestry; the Assassin Edward Kenway. A notorious pirate and privateer operating during the Golden Age of Piracy, Kenway's story is set in the Caribbean, and mixes open-ended ship-based exploration with combat and land-based adventures on a number of Caribbean islands, as well as parts of southern Florida